We spend roughly a third of our waking hours with our coworkers. We solve problems together. We chat. We make each other cups of tea and have lunch together. We sometimes even socialise after hours.

It should come as no surprise to hear, then, that one in five people who took part in a 2016 YouGov survey said that they met their partner at work. And one in three admitted to having had a relationship with a colleague at some point in their career.

Whether you’re selling software as a service in London or running a sausage factory in Scunthorpe, workplace romances are pretty much inevitable.

So what should managers do when romance blooms between cubicles or eyes meet over links of Lincolnshire? And what happens if your office’s very own Brangelina, well, does a Brangelina and splits up a few months later?

With Valentine’s Day just around the corner, today on the RotaCloud blog, we’re providing a simple guide for HR managers, discussing everything from dealing with PDA to the legalities of enforcing a total ban on office romances. 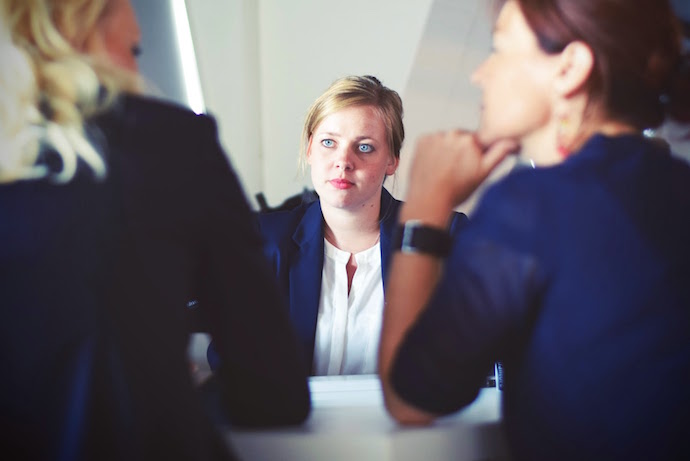 You’ve noticed their furtive glances across the photocopier and the spring in their step for a while now. Then one day you see them out in town together, holding hands and whispering like a pair of excited school kids sharing a secret.

It turns out that two of your best staff are now an item.

So what should you, as their employer or manager, do now?

Unless you work for MI6 or routinely handle files labeled “launch codes”, you should be aiming to foster a working environment where staff feel comfortable enough to talk about their private lives if they want to.

Inviting your newest professional couple into your office to congratulate them (or express concern about how their romance might affect their work), however, will achieve little more than making all three of you feel awkward.

Some people simply prefer to keep their work and private lives separate. If your amorous employees don’t want to talk about their private affairs, then that’s their decision.

If the pair’s relationship comes up naturally in conversation at work, then great. Otherwise, everything should remain business as usual — because that’s what you expect from them, right?

It’s also tempting to start doing things like asking staff who are dating to relay messages on your behalf, or asking one a question that the other should really be answering.

This can lead to mistakes and misunderstandings, however, as well as being annoying for the couple themselves. Treat your staff as individuals and just as you did prior to the start of their relationship.

To separate or not to separate? 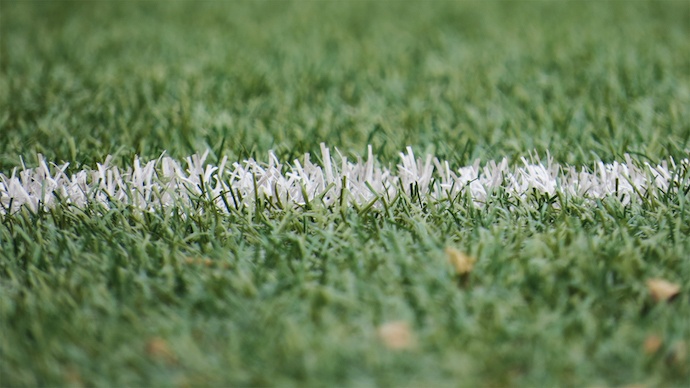 You know your staff. You’ll know whether Emilio in the kitchen becoming involved with one of your bartenders will affect their work. But you’ll also be aware that your general manager dating a member of the team she oversees could lead to complications.

Complaints about preferential treatment are a common occurrence when junior-senior relationships spark up at work.

Even if it’s not actually the case, some members of your team may feel that their lovestruck colleague’s connection with their manager is giving them an unfair advantage, landing them better shifts or allowing them to arrive late without being reprimanded.

On the flipside, should their relationship go through a rocky patch, an employee might feel that their boss/boyfriend is being needlessly prickly towards them.

Experts agree that it’s a good idea to have policies regarding senior-subordinate relationships in place, ensuring that the power to make decisions can be given or removed, and lines of communication changed, in the event of a conflict of interest.

But instead of making it policy to separate staff the minute they enter into a relationship, it may be better to consider the individuals’ roles in the company and their characters before taking action.

After all, if two members of your team became such firm friends that they regularly socialise outside of work, or even live together, it’s unlikely that your first response would be to split them up.

It’s best to judge each case on its merits and to give your romantically entwined employees the benefit of the doubt unless their relationship status would obviously impact upon their work or put your business at risk.

How to manage PDA at work 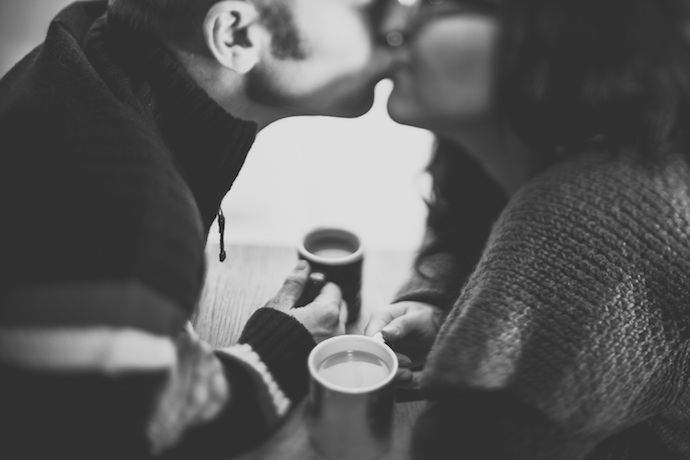 PDA (public displays of affection) are one of the biggest, not to mention most awkward, issues that HR managers have to deal with when their staff strike up relationships.

No one wants to be the Cuddle Police, stepping in between your employees with a ruler like a nun at a school disco. But equally no one wants to walk into the break-room to discover Debra from accounting straddling her new squeeze and feeding him grapes.

It’s important to make clear to your entire team that there’s a limit to what is considered an acceptable amount of physical interaction in the workplace.

Even if you’d prefer not to dwell on the subject of workplace romances in your employee handbook (more on that later), having clear guidelines about PDA in place will make dealing with any excessively gropey couples much easier.

But what if Kevin and Courtney simply cannot keep their hands off each other, despite the fact that your employee handbook is clear about remaining professional at work?

The simplest solution is to quietly sit them down, either as a pair or individually, to ask them to turn the heat down while they’re on the clock.

Be sure to outline the behaviour that you’ve witnessed or that has been reported to you, then remind the pair that, ultimately, they’re expected to conduct themselves professionally while at work.

Most employees will be embarrassed by the very fact that their snuggles and kisses are being talked about by their HR manager, so it’s not usually necessary to issue any kind of formal warnings unless their behaviour has been especially amorous.

Those who persist, however, may need to be dealt with more firmly, moving them to different departments or have their shift patterns changed. In such situations, it’s important to clearly explain the reasons for the action being taken so that neither party feels that they are being treated unfairly. 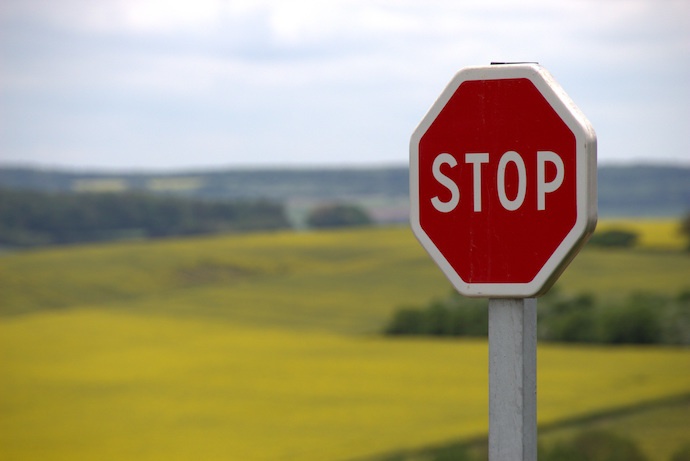 What if you want to “go nuclear” and avoid these issues entirely by completely outlawing workplace relationships? Can a company or manager even do that?

In some US states, it is entirely legal for businesses to prohibit employees from entering into relationships with their coworkers, with many stating as much in their codes of conduct.

Others take a slightly less draconian approach by requiring employees to declare their relationships within three months, at which point any risk to the company will be assessed and action taken if deemed necessary.

In the UK, however, the prohibition of workplace relationships is a bit more of a grey area.

With a bit of legal knowhow, it is technically possible for a company to identify entering into an intimate relationship with a fellow employee as an act of misconduct. In practice, however, an employer attempting to enforce a blanket ban on their staff getting together in their private time would be fraught with legal complications.

Banning Cupid from the workplace may seem like the simpler — if slightly cold-hearted — solution on paper, but doing so may create even more work in the long-run.

If you’re particularly worried about the negative impact a workplace relationship may have on your business, then it may be easier to concentrate on drawing up a comprehensive code of conduct that applies to all staff, regardless of their relationship status. 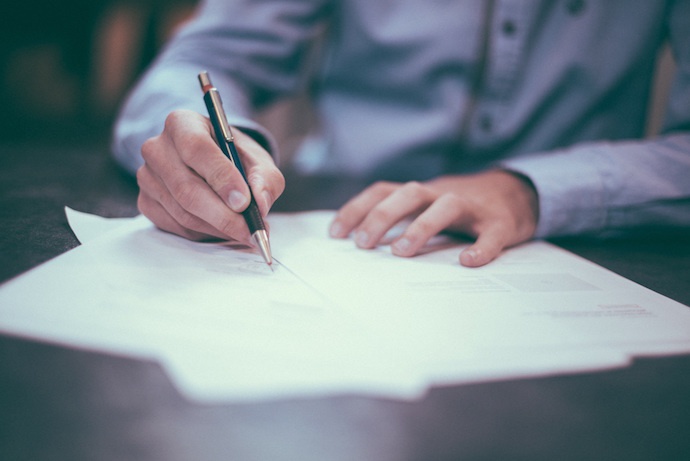 The thinking behind these (thankfully no longer very popular) written disclosures is that companies can avoid being caught up in potential sexual harassment claims by knowing that their staff have entered into a consenting relationship.

In reality, however, so-called love contracts are difficult to enforce and are full of legal loopholes (How do you define a relationship? Does it have to have been consummated to count? Does a trip to the pub still qualify as a date if one of you eats pickled onions?).

They’re also not all that useful when it comes to settling legal disputes as, whether the company knew beforehand that two people were dating, unwanted sexual advances still constitute sexual harassment.

It’s a good idea to encourage staff to make you aware if they are seeing a fellow employee so that conflicts of interest can be avoided. But making it policy for two employees to present signed documentation stating that they are now an item is demeaning and, some would argue, an infringement of privacy.

Damage control — What to do if they break up 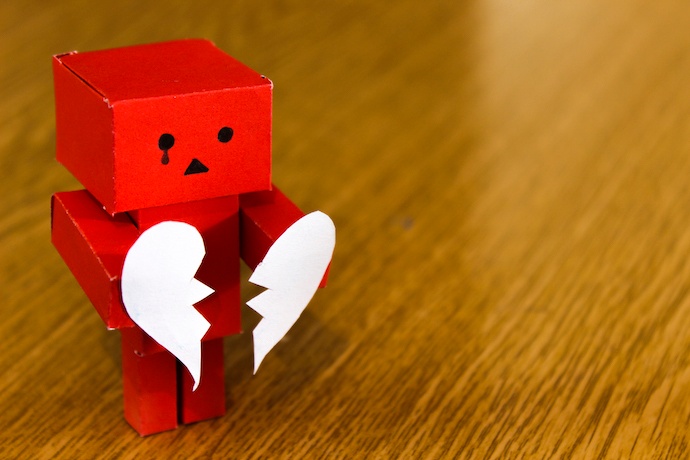 It’s easy to trivialise other people’s breakups, especially if their relationship stemmed from a mutual love of warm photocopies or a preference for Custard Creams over Hobnobs.

But if a workplace relationship suddenly turns sour, then the potential impact on your business can be huge.

Messy breakups between staff can lead to people refusing to speak to one another, forming cliques as they gossip over who was to blame, and even individuals handing in their notice.

You’ll need to do some damage control.

Although it’s important to be aware of any ongoing issues in a member of your staff’s personal life that may affect their work, conflicts between former lovers in the workplace should be handled the same way as any other workplace dispute.

It doesn’t matter if Sarah hates Chris because he’s a love rat, or if Dave detests Andy because of his hardline political views; whatever their differences, employers expect their staff to cooperate and behave civilly while they’re at work.

Work with your (former) couple, separately, to help find a workaround. Put them on separate shifts or relocate one of them if they’re willing to move. But also impress upon them the importance of them cooperating at work should their paths cross, and foster an environment that supports that.

Be patient. Offer them a shoulder to cry on. But make sure that both parties — and those they work with — know what’s required of them once their shift starts.

It’s only natural for employers to wince at the thought of members of their team becoming romantically entwined. After all, when staff are more interested in each other than in frothing the milk for a flat white or getting their monthly report in on time, it doesn’t bode well for business.

But we can’t prevent love from blossoming in the workplace any more than we can friendships forming, so to slap a big red cross on one while promoting the other is both unrealistic and likely to demotivate staff, who will view their employer as being overly controlling and unfeeling.

Tread with caution when love is in the air in your office, but be prepared to remain hands-off unless said romance will create problems for your business.

Who knows, maybe as well as changing the world with its products and services, your SME could one day make two of its employees' lives happy ever after?

Get the latest posts delivered right to your inbox

Business owners and HR managers are always looking for ways to boost efficiency while making sure that their staff are treated fairly. On paper, the Bradford Factor appears to do just that, allowing [...]

The only thing that remains constant about digital marketing is that it’s always changing. You might have perfected a detailed marketing strategy 18 months ago, but sticking to a plan that fails [...]