Conventional wisdom would suggest that money alone motivates us to work. For many people, the incentive of getting paid is what compels us to get out of bed each morning. It drives us to do our jobs and to do them well, with the opportunity for pay rises and bonuses motivating us to work harder and more productively. Yet, whilst money is an important motivator it isn't necessarily enough on its own...

A few months ago a friend of mine was working on an important legal case as a paralegal. He had been asked to research reams of precedent that were to be used in court the following week. After several long nights compiling his research, the firm he worked for dropped the case.

His pages of research were now worthless, those long nights wasted and he became deeply depressed. He began to turn up to work late and leave early, his productivity diminished and a month later he quit.

He is now training to be a teacher and has since told me that whilst he enjoyed his work as a paralegal and the challenge of researching cases long into the night, seeing his efforts go to waste so suddenly without regard was too disheartening. He felt unappreciated and eventually resented those he worked for.

My friend's story is not an uncommon one - despite a decent wage and stable employment he did not feel a "sense of purpose" and as a consequence his productivity suffered.

His tale is anecdotal evidence that money alone isn't enough to motivate us to work - and chances are, you're reading this and recalling a similar situation you've experienced during your working life.

My friend's comments led me to some recent research by Dan Ariely, a professor of psychology and behavioural economics. Through a series of experiments he studied and analysed the effect and importance of this "sense of purpose" and why we need more "meaning" in our work. 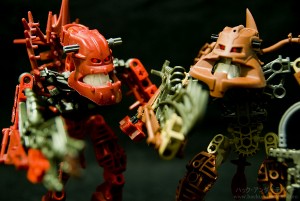 For the first experiment, each participant was asked individually whether they would like to build LEGO Bionicles for money. For every Bionicle a participant agreed to build the amount of money on offer would decrease (e.g. the first £3, the second £2.70, the third £2.40...etc) until the participant decided the task was no longer worthwhile.

The participations were split into two groups, with each group subjected to differing conditions.

Group A were treated under what Ariely labelled as "Meaningful Conditions," whereby every Bionicle completed was kept and put to one side. This allowed each participant to see and admire the work they had done until their task was over, at which point, the models were disassembled and put away for the next participant. 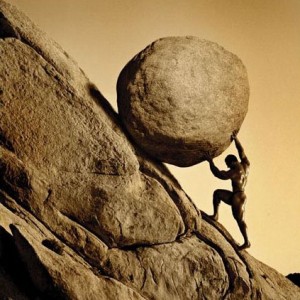 Group B were subjected to what Ariely called "Sisyphitic Conditions" - a name derived from the Greek tale of Sisyphus, a man condemned by the Gods to an eternity of rolling a boulder uphill only to watch it roll back down again.

For this group, when a participant completed their first Bionicle the model was not kept. Instead, it was dismantled by a researcher in front of the participant as they built their second. Once this second Bionicle was finished the pieces of the first model were then used to build the third, and thus the cycle repeated.

The results of the experiment showed that on average, participants in Group B built seven Bionicles to Group A's eleven.

They showed that "Sisyphitic Conditions" had a detrimental effect on a participant's motivation and that by dismantling their previously built Bionicles in front of them the researchers highlighted the futility of the task and consequentially reduced the productivity of the group.

Group A were briefly allowed to admire their work - therefore their task was given "meaning" - and they became more productive, even when they each knew that by the end of the experiment all models built were going to be dismantled anyway.

Ariely also considered the impact of each participant's love of LEGO - after all, we're told that if you choose a job that you love, you'll never work a day in your life.
For Group A who were subjected to the "Meaningful Conditions", the results demonstrated a direct correlation between a participants love of LEGO and the number of Bionicles they built, as would be expected. However, for Group B there was no effect at all.

The results showed that despite the varying degrees of affection towards LEGO per individual, the "Sisyphitic Conditions" negated any impact. It is Ariely's observation that by repeatedly destroying a participant's models in fact sapped the joy out of the task, and that for Group B any individual's love of LEGO became inconsequential.

The first experiment clearly shows the importance of "meaning" in even the smallest of tasks. Building a LEGO Bionicle does not hold the same importance as the everyday work of an employee, yet, under "Sisyphitic Conditions," by highlighting the futility of their task the result is a dramatic reduction in participants' motivation to continue - and consequently, their productivity.

When translating these findings into everyday life, they highlight how important it is for an employer to provide their staff with a sense of purpose. If we feel a task holds little or no meaning it diminishes our motivation to work.

If an employer wants to avoid the toxicity of "Sisyphitic Conditions" in the workplace they must validate the efforts of their employees. This approach will encourage staff to take a sense of pride in their work and give it meaning, which will create a healthy working environment that can only be beneficial to the business.

In part two of this article, I look further into Ariely's experiments — focusing on the importance of acknowledgement and recognition in the workplace, and why we value our own work so highly.