When it comes to reaching new audiences and engaging with existing customers, social media is a dream come true for marketers.

There is, however, a big potential downside to social media.

A single poorly judged tweet can be as damaging for your business as a well-conceived one can be good for it. Worse still, the moment you make a blunder on social media, it's there for everyone and anyone to share with their followers.

Today on the RotaCloud Small Business Success Blog, we're taking a cheeky look at some of the biggest social media disasters of 2017 — and considering what fellow business owners can learn from them.

Prepare yourself for a crash course in what not to do on social media...

Early in 2017, US-based airliner United Airlines came under fire when security staff were filmed dragging a passenger from one of its planes — which had been over-booked — in order to secure a seat for a crew member.

A share-price plunge and a pair of public apologies later, and United was still very much in consumers' bad books. That didn't stop its social media team from attempting to hop on a trending story, however, by offering a free flight to Carter Wilkerson — the young man who shot to Internet stardom when he racked up an incredible 3.43 million retweets to win a year's supply of chicken nuggets from American hamburger chain Wendy's.

Coming so soon after its passenger removal debacle, the general public interpreted United's public offer of a free flight for Wilkerson as a shameless attempt to regain favour with consumers. After all, the fast food-lover's achievement had nothing whatsoever to do with United, and the airline only associated itself with the story once it had made headlines.

Hey @carterjwm, congrats on your world record! It’s time to decide where in the world you’d like to visit a @Wendys! DM to get the ✈ rolling https://t.co/3prDeaQdbL

Rather than emerging as the good guys, United found themselves the butt of a stream of jokes and mocking tweets, with Twitter users warning Wilkerson to stay away from United's planes if he valued his physical safety.

Sometimes, the best course of action after a major PR nightmare is to just keep your head down.

The Internet can be a hostile place at the best of times, so you can bet that people will let you know if they're angry with you.

Any marketer worth their salt will be keen to build or repair bridges following a bout of negative press. But thrusting your business back into the spotlight while people are still angry will only make you look desperate, and possibly harm your business' reputation further.

Hoping to capitalise on the UEFA Champions League final in May 2017, British snack food company Walkers launched a social media campaign that aimed to maximise engagement by putting the consumer front-and-centre.

Making good use of advances in social media technology, the 'Walkers Wave' campaign invited members of the public to snap and upload a selfie to Twitter along with the hashtag #WalkersWave to have their photo inserted into a short video featuring footballing superstar and Walkers poster-boy Gary Lineker.

It didn't take long for people to realise that virtually any image could be uploaded alongside Walkers' hashtag and added to its cheery video.

Hours into the campaign, Twitter was awash with videos of Lineker proudly holding mugshots of unsavoury characters, from to mass-murderer Ian Brady to shamed former TV star Jimmy Savile, and congratulating them for cheering on their team.

Fairly sure when Walkers designed this they didn't expect "Gary Lineker introduces an animation of Harold Shipman doing a Mexican wave". pic.twitter.com/eI9EUBRW3F

Media outlets quickly picked up on the story, with many asking how Walkers could not have foreseen such an obvious social media hijack.

Walkers' promotion reminded us that, no matter how well-orchestrated your social media campaign, you lose virtually all control when you give the public free rein to create content that will be associated with your brand.

The campaign certainly made headlines (albeit for all the wrong reasons!) and Walkers did a decent job of snuffing out some of the more inappropriate images before too long, but the Walkers Wave was, ultimately, an expensive and embarrassing flop.

Whether it's a simple status update or an extravagant insert-your-own-face video campaign, you should always check for potential loopholes and consider ways that your social media promotion could be exploited.

On 7th October, cosmetic brand Dove posted an image on its Facebook page seemingly to show a woman of colour 'transforming' into a caucasian woman as she removed her brown t-shirt.

It transpired that the image Dove shared on its Facebook page was taken from a video that showed multiple women, all of varying ethnic backgrounds and skin tones, enjoying their skincare product.

In a clever feat of visual editing, each time one of the women removed her t-shirt by pulling it over her head, another woman wearing a t-shirt that matched her own skin tone emerged from beneath.

Taken at face value, however, the single image gave the distinct impression that Dove's model was transitioning from black to white, sparking enormous backlash and prompting some to liken the image to the kind of ads that soap companies ran in the early 20th century, which showed black children being 'scrubbed clean' and emerging white.

Dove later released a statement on social media, saying that it 'deeply regretted the offense it caused,' but many still found it difficult to comprehend how the company's marketing department could have been so tone-deaf to begin with.

It's true that much of the anger directed at Dove was as a result of an image being seen out of context. But Dove's marketing and social media teams should have known better than to release an image that could be so easily misinterpreted.

No matter how pure your intentions, it's vital that you consider how your branding, images or choice of wording online might be received by the public.

And, if any of your marketing does ever backfire, then it's important that you own up to your mistakes and offer an apology that doesn't feel like mere lipservice.

Wendy's, the same fast food chain that rewarded one of its customers with a year's supply of chicken nuggets in return for garnering over a million retweets, is generally pretty on-the-ball when it comes to its social media output.

In early January, however, the company responded to a playful request for memes by posting an image of its beloved mascot — the titular red-haired Wendy — dressed as Pepe, an anthropomorphised frog that was at one time one of the most ubiquitous faces on image-board website 4chan.

What Wendy's social media team didn't realise (or at least seem to realise!) was that Pepe, that seemingly innocent amphibian from the Internet, had been  appropriated by the alt-right movement in 2016.

White supremecists especially had taken to using the Pepe image both online and off as a kind of visual shorthand and a symbol of solidarity, with far-right figures like Richard Spencer notably wearing Pepe pin badges in public. (Warning: the following video contains scenes of violence.)

It should come as little surprise, then, to learn that Wendy's Twitter followers were so shocked to see a company of its size displaying the Pepe image on its channel, either out of ignorance or in a poor attempt at humour.

With the fun, informal nature of social media, it's easy to forget that you're representing your brand with every word or image that you share.

We all make mistakes, and it's impossible for marketers to be aware of every single trend and story doing the rounds online. But it's vital that you know the exact origin and association of things like memes and hashtags if you make them a part of your content, otherwise you risk aligning your business with causes that you might not necessarily agree with.

On Thursday, 16th March, American fast food giant McDonald's set Twitter alight with a single tweet. Sadly, it wasn't one the kind of attention the company was hoping for.

The rogue tweet, which openly called Mr Trump a 'disgusting excuse' for a president and mocked his allegedly smaller-than-average hands, was soon deleted.

Social media moves incredibly quickly, however, and the Trump-bashing tweet was screenshotted thousands of times before its owners could remove it. Naturally, those screenshots found their way into the hands of various media outlets within minutes.

at first i thought this was your classic "employee mistakenly tweets from corporate account" scenario. then McDonalds pinned the tweet pic.twitter.com/B9qj9HzXnm

Ardent Trump supporters vowed to boycott McDonald's entirely following the incident. His opponents, however, praised the tweet and retweeted it in solidarity, seemingly in the belief that McDonald's had chosen to shun convention and openly critique America's newest president.

McDonald's later claimed that its Twitter account had in fact been hacked by 'an external source', though provided little further explanation for the outburst.

Security is paramount when it comes to your business' social media accounts.

Every tweet, post and image shared via social media represents you as a business. A third party gaining access to your accounts and sharing offensive, misleading or sensitive material could be seriously damaging to your reputation, and should be considered as toxic a situation as a member of your staff being verbally abusive to a customer in person.

Whether you run a multinational fast food empire or a carehome in Bradford, it is imperative that you keep your accounts secure and allow only your most trusted employees access to them.

Furthermore, a close eye must always be kept on your social media output — the last thing you want is for posts to be shared without your knowledge and remain on your business' page for days or weeks before you notice.

Social media allows businesses to be much more playful and personal than traditional advertising, and affords business owners a level of interaction with their customers that was not previously possible.

Everything that we say and do on social media, however, is public, and in many cases permanent.

Nothing that you put out under your brand's name should be entirely unscripted. That doesn't mean that you can't be friendly, fun, or quirky on social media, but great care should always be taken before clicking that 'Post' button, with all possible outcomes and scenarios considered.

Of course, it's not all doom and gloom in the world of social media. Check out the top social media successes of 2017 and see how you can use your Facebook, Twitter and Instagram accounts to drive sales, increase the size of your audience and make a name for yourself. 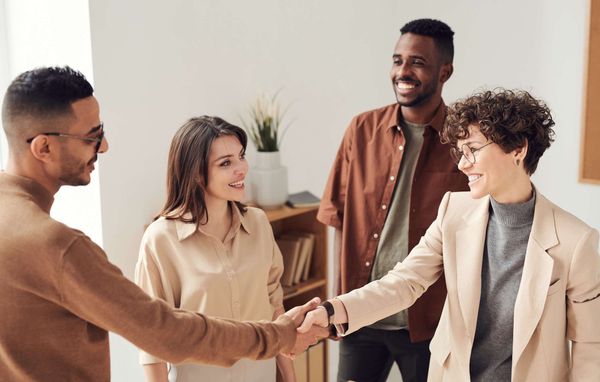 Taking on a new team can be nerve-racking. Don't miss these seven dos (and don'ts) for your first week as the new manager. 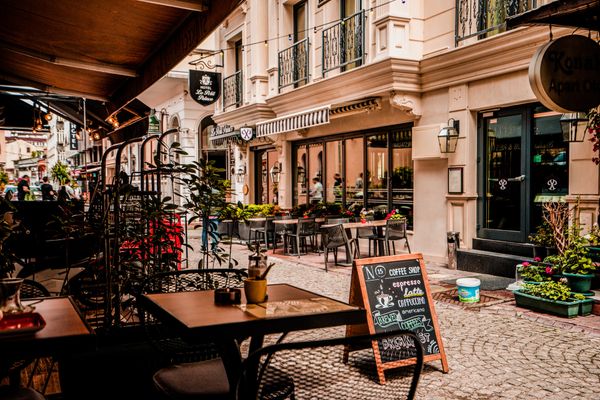 Exploring the best loyalty card schemes on the market, plus tips for getting yours right.